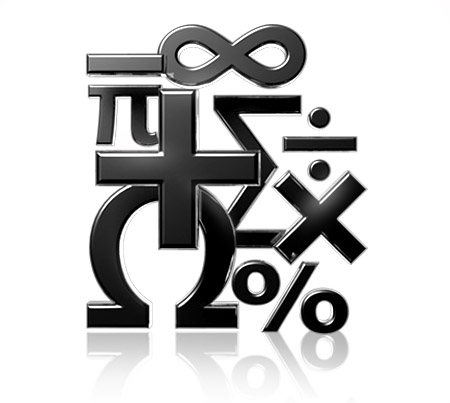 A parent sent me an email. She wrote her child had been diagnosed with dyscalculia. I looked up the word. According to Wikipedia, “Dyscalculia (or math disability) is a specific learning disability involving innate difficulty in learning or comprehending simple mathematics. It is akin to dyslexia and includes difficulty in understanding numbers, learning how to manipulate numbers, learning math facts, and a number of other related symptoms (although there is no exact form of the disability).”

I’m not a doctor or a psychologist, but I take umbrage at labels, especially when placed on our children.

In the Wikipedia article, other symptoms of dyscalculia were listed, which made me think this disease might have afflicted me! Here are some of the symptoms:

Could I have been classified as a student with dyscalculia if the word existed then?

I remember when my 6th grade teacher told me that negative one times negative one equals positive one. I could not/would not accept this as true. It defied logic, or so I thought. My stubbornness continued for a week until a frustrated teacher called my parents. My father, an analytical engineer, got off the phone after talking with her. I waited for his reprimand. Instead of scolding me, he simply said, “Don’t worry about it.” The next evening he brought home a friend – a mathematician. The man sat down at a table with me and with pencil and paper proved that a negative times a negative equals a positive. He made it clear, and I could then move on with my math studies.

Lesson M3.4 in ElevatedMath.com covers multiplying and dividing integers. We use counters and a number line to show how multiplying two negative integers equals a positive one. Here are some excerpts from this lesson:

We also cover rules and students are guided through multiple problems to solve. Are there other ways of showing why a negative times a negative equals a positive? Yes, and here is a link to an algebraic proof I found. This might have been what the mathematician showed me years ago.

Don’t be tempted to label students as having dyscalculia if you can’t help them grasp a math concept. Labeling them as such might make you feel more adequate, but this doesn’t help the student. You need to remember that the capacity of children to learn is infinite, and you must approached them as unique individuals. Don’t dismiss them if they don’t fit into the norm. If students don’t get math concepts, don’t give up on them. You’re likely to have a really unique kid on your hands.

By-the-way, if you haven’t seen the TED video of educator Sir Ken Robinson (RIP), then you must. Be sure to watch it to the end.

5 thoughts on “Dyscalculia: Not a Cool Math Concept”